Open Air Photo Booth: What Is It?

When most people think of a photo booth they think of the traditional photo booth. This is the one that is the box shaped one you enter which can fit 2 or 3 people. Did you know that there are 5 types of photo booths? It was covered in this article here. Today we are going to be talking about  the Open Air Photo Booth. We will discuss the differences of them for you to consider for your next event.

What Is An Open Air Photo Booth?

The most obvious advantage of an open-air photo booth is that they are perfect for group photos. Because the photo is in an open environment, many people can be in the photo. Generally, approx 2 meters from the backdrop can fit 15 people in a group or 2 close up quickly and easily.

You can fit more if you pull the booth back and can fit even more. We have our open-air photo booth, and the record we currently have is 15 people in one photo (as seen in the photo). If you break that record, you become our FaceBook cover shot. 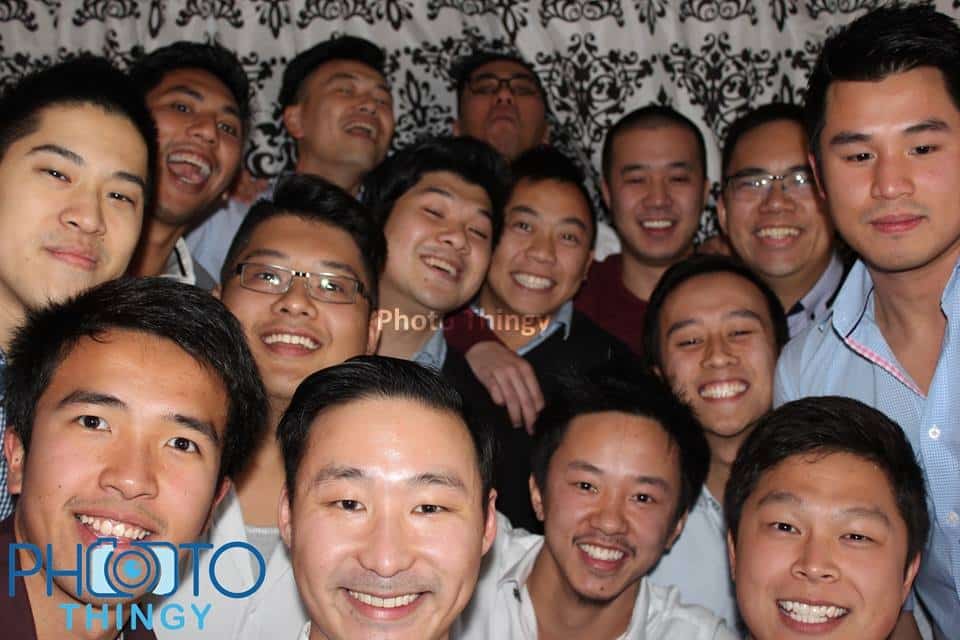 Easy To Work With In Tight Spaces

While it is fine to use a curtain backdrop, you may already have a picturesque backdrop which you are most welcome to take advantage of this. For example, you could be in a beautiful heritage building or a vineyard in the Hunter Valley and want it in your photos.

Compared to a traditional photo booth, you are not in a small enclosed area. As a result, you take advantage of any space you are in. Don’t want a backdrop then you don’t have to have one and opt for more natural scenery like the amazing photo below 🙂

With the advantage of a large open background, you can utilise a green screen. Green screens are perfect for corporate branding or even an extra special backdrop for your next event. Other types of photo booths cannot do this or as effectively. Traditional photo booths only have a tiny space and the green screen would be mostly covered up and not worth using as it would not be seen. This is not an issue for open-air photo booths.

Pro Tip: Although a green screen is fun and easy to use, just don’t wear green (advise your guests) 😉

Check out the sexy video above showcasing the green screen

Last but not least, the open-air photo booth has one last unique advantage… the joy of photobombing. As the traditional booth is enclosed, it does not allow for photobombing. Other guests can randomly join in on lythe fun and take a photo with you. It allows us to make more fun photos and get the whole party involved instead of being blocked off.

Check out the links below to see what other options there are for photo booths:

Have you seen or used any open-air booths? What do you think of them compared to other types of photo booths? Let us know and join the discussion down below 🙂

Very good blog you have written and its very useful and it has changed me a lot and I will share this blog to all my friend and know. I really loved reading your thoughts; obviously you know what you are talking about! Your site is so easy to use too, I’ve bookmark it in my folder.