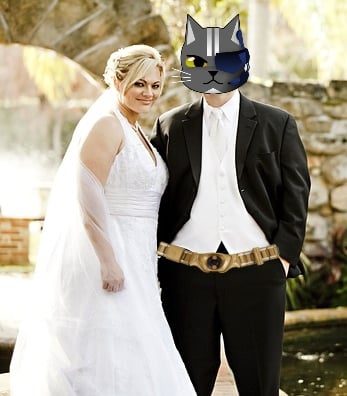 Sometimes when a couple get married they want to be at the forefront of wedding trends. This can range from styling, concepts and even clothing. One such trend in modern times is the growth of wearable tech and most commonly known as smart watches like a FitBit or Apple Watch for example. We like to call this wearable wedding tech.

While these days its very common to have these items, there is a time and place for these things. There that line which “is it more tech looking than watch and will I regret wearing that in 20 years time?”. While it might seem like your on the cutting edge, later in life you might see your photo and think “WTF!”. You will want to choose technology that is not only functional but also look good. Lets see whats out there today for wearable wedding tech.

Lets start with the obvious and most common wearable tech which is the smart watch. Having been around a few years, they have advanced quite rapidly in ability and design. The 2 of notable exception is the Apple Watch 2 and Samsung Gear 3 which are on the upper end of the market. These look like a more stylish and traditional watch. There are other option such as the FitBit but these are more targeted towards the fitness market. On a side note they do not look as aesthetically pleasing.

You are probably thinking “when did they invent a smart belt?”. Well they are newer to the market an there are not that may of them but they do exist. There are 2 main mentions in this category. The Samsung Welt which tracks your waistline, if you are overeating and so on. This is great especially at weddings when people eat too much. It also looks like a traditional brown belt and none would be the wiser. The other option is Belty the smart belt that not only tracks your walking amongst other things can can also self tighten. The good thing about Smart Belts as far as wearable wedding tech goes, they are virtually indistinguishable from regular belts and not a “Batman Utility Belt”

Everyone has heard of Google Glass and think that was the end of it. Turns out that there are a variety of augmented reality smart glasses that look nothing like Google Glass did. This is where products like Icis come in. They look like normal glasses and give you relevant information. There are other smart wearable glasses that can take photos (IE your at a wedding and you can take a photo without anyone knowing and getting in someones way). They are generally bulky, obvious, low battery life and make you look like a super nerd.

These devices have been around for a few years now. They have not become as popular as their cousin the smart watch. Simple in design, these rings are more for notification than obtaining steps for example. They vary from a simple flash of light to a mini LCD display. They are great for people who do not want to wear a smart watch but would like something easily accessible to see phone notification without pulling it out of their pocket.

Because these devices are minimalist they boast great battery life. Two notable smart rings are Ringly which is a more stylish ring that look like a giant gemstone on the front. There is also the NFC Ring which is the worlds first NFC based Smart Ring. This is able to make payments and even unlock your front door (if it uses NFC technology.
Please note: These do NOT make good engagement rings!!!

If you decide to have wearable wedding tech at a wedding (your wedding or a guest) follow these simple rules. They are to not only look great but also be the most up-to-date person at the wedding.

Also if you are going to have some wearable tech on your wedding day, see if you can have it match your wedding style so everything complements each other.

Are you going to wear any wearable wedding tech at your wedding? Are their any devices you can not do without on your wedding day? Let us know down below and join the discussion 🙂