Leap Year Proposal: Women Proposing To Men & Where It All Began 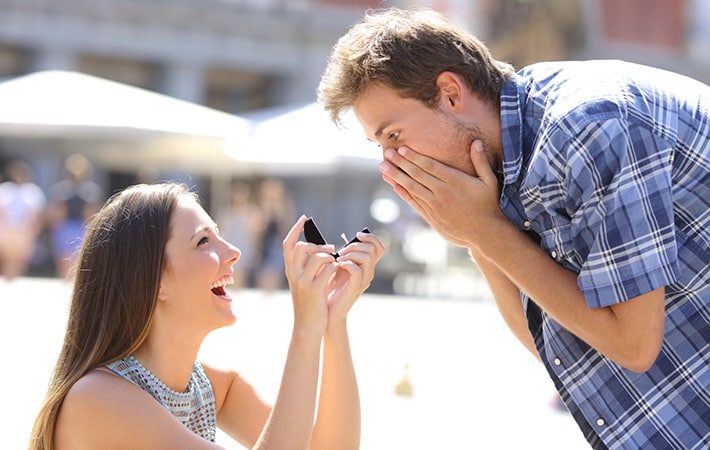 Ladies are you wanting your man to propose? Has your relationship gone on long enough and you feel its the right time to take it to the next level? Have you been looking forward to planning your wedding but you don’t have one to plan yet? Maybe he needs a little push? GOOD NEWS, your day is coming up on 29th February 2020 just in time for a leap year proposal. 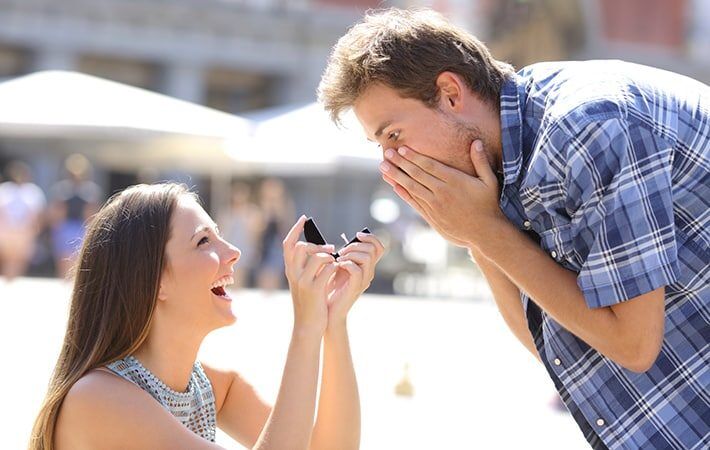 Firstly at Pink Caviar Events believe it is perfectly fine for a woman to propose to a man. Not just one day every four years. Although the timing is perfect for 2020, we thought to bring to light this age-old tradition and shed some light on where it came from.

Leap Year Proposal: Women Proposing To Men On This Date & Where It All Began

Saint Brigid had asked because there was a rising complaint that men were not proposing to their girlfriends. The main reason was that they were apparently ‘too shy’ to ask. Initially, Saint Patrick had allowed for women to propose once every seven years. Brigid did not think this was good enough and had asked to make it every leap year.

The next course of the event’s come under speculation. It was said that when the law changed, and women could propose every leap year, Brigid had gone down on one knee and proposed to Saint Patrick Himself. However, she was refused by him. The legend goes that he bent over and kissed her on the cheek to let her down gently. He also offered her a silk gown to ease the rejection. As a result, the Irish tradition, therefore, dictates that any man refusing a woman’s leap-day proposal must give her a silk gown.

Another story behind the leap year proposal goes to nearby Scotland. In 1288 Queen Margaret of Scotland allowed women to propose on a leap year. This was under the proviso that they wore a red petticoat. It was to warn their partners that they intended to propose to as not to be caught entirely by surprise.

In other European countries, especially in the upper classes of society, tradition dictated that any man who refuses a woman’s proposal on the 29th February had to buy her 12 pairs of gloves. This is so the woman can wear the gloves to hide the embarrassment of not having an engagement ring.

As we have said before, we believe that any man/woman can propose to whomever they choose, whenever they choose. But at least you now know where the tradition comes from and have a few days to prepare. If you would like a hand with your proposal, contact us – your Sydney wedding planner specialists and stylists. If you are serious about asking your man’s hand in marriage, then here is your chance. That being said… it is only a few days away 😉

Did you see someone propose on the leap year day? Are you planning to propose in 2020 or figure its too soon? Do you think the traditions are too archaic or this tradition is fine? Join the discussion below and let us know your thoughts 🙂